Board of Directors
Meet the Lellow team 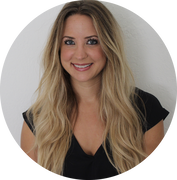 Nicole has a Bachelor's Degree in Sociology from The University of Illinois. She went on to earn a Master’s Degree from Lewis University in School Counseling and a Master's Degree in Special Education from National Louis University. Her teaching career began in the private sector, transitioned to Title 1 Chicago Public Schools, and eventually moved to public education in the Houston suburbs where she continues to work. Her experience working in various settings opened her eyes to the lack of accessibility and resources for special education children in public schools, specifically those in underserved communities. Nicole’s Uncle Johnny had Down Syndrome and she has two cousins with Autism. Nicole’s mission is to support the special needs community by spreading awareness and  providing opportunity. She believes that with the right supports, everyone is capable. 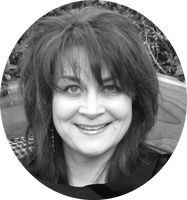 Lidija grew up in Akron, Oh, the second oldest of four siblings. Her parents immigrated to the United States from former Yugoslavia, confident this country would allow them to achieve their dreams. When Johnny was born, her parents were advised by doctors to institutionalize him and not have any more children, but they believed Johnny was a gift. Being Johnny’s younger sister, Lidija developed a passion  for serving and taking care of those who need extra help.

Lidija’s career took her from health care, to travel agent, and back to health care. She found her passion working in the Development Department of a major hospital in the Chicagoland area, supporting community organization groups with fundraising through event planning. Lidija earned her Bachelor’s degree in Managerial Communications in 2005 from Elmhurst College. She jokes that it took her 25 years and four colleges, but she’s proof that anything is possible.
​
Lidija is married to Will Hankla. Together they have four children, two daughters-in-law, six grandchildren with one on the way. Lidija loves her people and the “littles” bring her extreme joy. Lellow has a special place in her heart. It represents her parents who loved and lived a life for God, allowing their legacy to shine to future generations with Johnny at the heart. 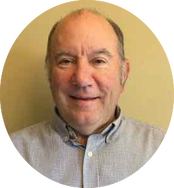 John grew up in Baton Rouge, LA and received a B.S. Degree in Business/IT at Louisiana State University.  He completed many post-graduate courses receiving training in business, professional, project management and leadership areas.  After running a small business while in college and working as a professional musician (trumpeter), John joined Shell Oil Company where he worked for 35 years, retiring in 2016.  During his career at Shell, John worked in IT management positions in early years and later, as a Business Project Manager/Director.  He led large Business Transformation and Process/Systems Reengineering projects across many areas of Shell’s North American Downstream business.  John has lived in the Greater Houston area for most of his adult life while enjoying travel for work and vacations.

John is happily married to Danita and has five children (ages 24 to 43) and eight grandchildren.  He spends time doing a variety of actives that are worthwhile and enjoyable, especially spending time with his large family and participating in outdoor activities.  John has always cared deeply about helping children and young adults find happiness while being the best that they can be.  Contributing to the success of The Lellow Foundation fits well with this passion. 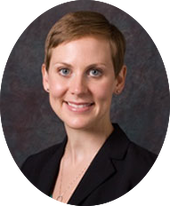 Sarah has a Master's Degree in Management Information Systems with a Bachelor's in Accounting from Texas A&M University, Whoop! She started her career at Deloitte as an information systems auditor and then went a bit off the path to pursue a professional triathlon career, racing and coaching from 2011-2016. After her feet had seen their best days, she hung up her racing attire and worked back in accounting at a smaller firm in the Woodlands, TX as a financial auditor. Sarah and her husband, Clint have been blessed with two precious boys, Garrett and Ellis, and one more on the way. She now spends most of her days serving as the Chief Chaos Manager of their home while tending to her financial appetite with bookkeeping for a couple of the family businesses. Sarah is thrilled to be able to give back to the community by supporting children with special needs. 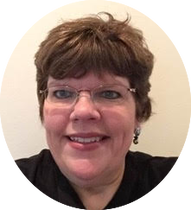 Carolyn Yapp is originally from California but has lived most of her life in Houston which she calls her home town.  She went to the University of Georgia where she earned her degrees in Marketing and is an avid “UGA Dawgs” sports fan.  Carolyn worked for Shell Oil Company for over 33 years and her experience includes everything from Territory Sales calling on service stations, Sales Development roles, to Business Transformation, Program Development and Strategy positions.  In her last assignment before retiring, Carolyn had global responsibilities of the payments & loyalty Retail business where she traveled the world to help Shell’s business partners and their customers to get the most out of the Marketing programs. Giving back and volunteering has always been a passion and an important part of Carolyn’s personal life.  She is so excited to be part of the Lellow Foundation Team where she has a passion and can help their important mission!

The Lellow Foundation is a Texas nonprofit corporation (Federal Tax ID: 81-4040338), recognized by the IRS with federal tax-exempt status as a public charity under Section 501(c)(3). Contributions to The Lellow Foundation are tax-deductible to the fullest extent of the law.